Subproject F. The mediated construction of Europe within systems of power relations in Poland, Ukraine and Russia 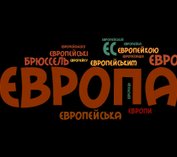 The aim of the project is to find out how Europe is portrayed in the media of Poland, Ukraine and Russia and how that corresponds to these nations’ eventual policies towards the EU.

The overarching aim could be formulated as locating the discrepancies in the theoretical and empirical knowledge about the press in Central and Eastern Europe and suggesting ways to overcome them.

There are three principal research questions, to be attended to in the following order: 1. How is Europe narratively constructed in the news media of Russia, Ukraine and Poland? 2. How does this relate to the governmental policies? 3. What does this relation say about the place of the media in the societies’ structures of power relations?

The research questions will be addressed from a mixed methods perspective suggesting a combination of qualitative coding, quantitative content analysis and critical discourse analysis to respond the first RQ; in-depth interviews with responsible policy makers and institutional research to answer the second RQ; meta-analysis of the existing research to answer the third RQ.

The project will target the most influential press and online media in the three countries; responsible policy makers in the foreign affairs institutions (equivalent of state secretaries and undersecretaries). The time frame will embrace a limited recent period with brief overviews of the recent history where relevant.

Theoretically, it will be based upon Michel Foucault’s conceptualisation of power in modern societies and will also reconsider the use of the public sphere concept (by Jürgen Habermas) in the context of Central and Eastern Europe.