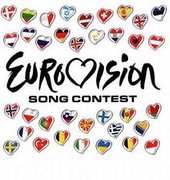 Popular music has a peculiar capacity to link deep emotions with collective practices across national boundaries. The annual Eurovision Song Contest ESC is a key context for such musical images and narratives of Europe, and its eastward expansion as part of a complex Europeanisation process has forced West Europe to redefine itself while also opening up for East European voices to tell their story of European identity.

In this subproject, Johan Fornäs investigates narratives of Europe in popular music , starting with those ESC finals that have been organised in East European countries and adding ESC entries from the same area and post-1989 period.. The staging of the whole event makes it evident that all songs take part in constructing a super-narrative of Europe just by participating in this kind of context, inviting associations of all topics such as those of love or competition to European issues. Some particular songs more explicitly focus such European themes, for instance by explicitly referring to Europe in lyrics, musical hooks or visual elements.

Examples of such narratives in and around popular music about the history, dilemmas or future fate of Europe are here analysed in order to trace main tropes, looking for patterns over time and between countries, and making comparisons to other relevant events and songs. The study expands previous research on a wide range of European anthems and songs in Fornäs: Signifying Europe (2012), by adding the focus on East Europe and on narrative storytelling.