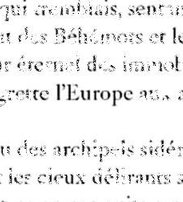 Subproject C, 'Clashing internationalisms: geopolitical narratives of Europe', engages Professor Stefan Jonsson, who with a background in literature now works at the REMESO Institute for research on migration and ethnic relations of Linköping University in Norrköping. His study deals with geopolitical narratives of the European integration as seen in the East German and Soviet official discourses about Europe and early European institutions in the 1950s and 1960s.