Each year, the project will organise a workshop to present its ongoing work and discuss its core topics with other prominent scholars in this field. Please find an overview of them and all related news below.

The project's book was presented at a release event on 5 May 2017 at Söderbokhandeln in Stockholm attended by Swedish scholars, journalists and of course the authors' friends and family. All six authors discussed their key findings within an informal panel discussion and shared some of their research-based ideas about the current situation in Europe. The "Narratives of Europe" team has just finished work on the project book that is due to be published by Intellect Press in spring 2017. Europe Faces Europe: Narratives from Its Eastern Half has been edited by project leader Johan Fornäs and contains contributions from all of the subprojects that sum up the research the authors expect will shed light on lesser known discourses from what lies East of Western Europe.

Johan Fornäs is professor in the Department of Media and Communication Studies in the School for Culture and Education at Södertörn University, Sweden. His previous books include Signifying Europe, also published by Intellect Books".

The project team is on their way to finalising the book that will summarise the key findings! Coming soon - stay tuned for more updates

Second workshop of the “Narratives of Europe” project, funded by the Baltic Sea Foundation (Östersjöstiftelsen), co-organised with the higher seminars in Media and Communication Studies and Philosophy, took place Monday 10 February 2014 from 09:00 to 12:30 in room PC 249 at Södertörn University in Flemingsberg.

This year, the workshop themes included: the role of media in the ongoing protests in Ukraine in comparison with Russian and Polish media; idea of Europe in the philosophy of Jan Patočka; the problems of the "Occupy" protest movements in Sweden and Estonia.

The participants discussed the presented work-in-progress. Some highlights of discussion comprised the definition of what is Europe, which implications it has for the presented projects and how it can be integrated into them in the best way, whether the concept of public sphere retains its productivity etc.

The programme offered the following staples:

Narratives of Europe I: Popular Music and Contemporary Art

The “Narratives of Europe” research project organized the first annual workshop in collaboration with the higher seminars of MKV, Art history and Aesthetics. The workshop highlighted some of the project's directions and was held at Södertörn University, Stora Glasburen PC 249, December 4, 2012.

13:00 Introduction with round of presentations

15:30 Mark Bassin: “Center as Periphery: Russia's Self-Image and the Idea of Europe”

16:30 Summing up and discussing our whole project 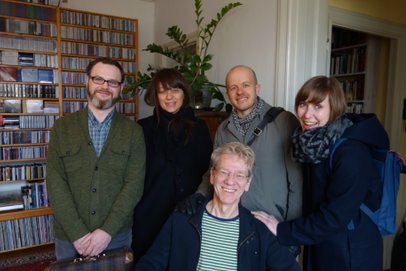 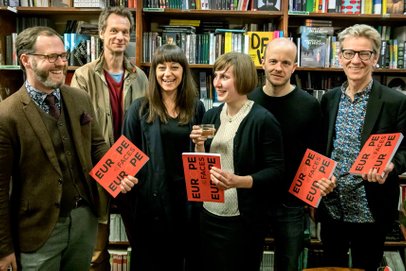